People have always wanted to build things larger, faster, and stronger than what they had before; the military world is no exception to this trend. Since ancient times, having a strong and well-organized navy has been crucial for any world power to maintain its position.

As a result, thousands of powerful battleships have been built by different countries over the centuries. Ever wonder what some of the largest warships in the world are?

In today’s post, we will show you some of the largest battleships and biggest warships in the world. From legendary British and Japanese warships to the iconic USS Enterprise, here are the top 10 Largest Warships In History.

Out of the 4 Kiev Class ships that were completed, 1 was scrapped, 2 are out of service and 1, the Admiral Gorshkov was sold to the Indian Navy where it is still in service. 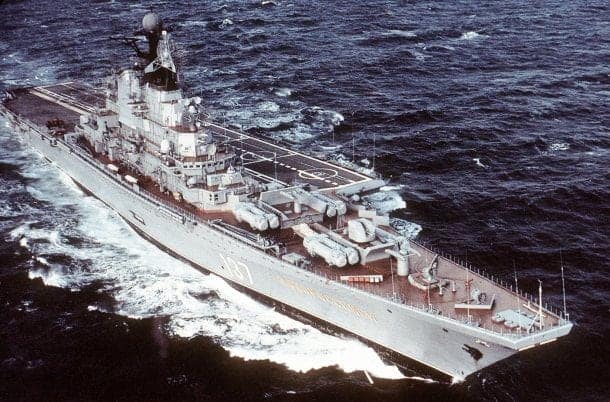 The Queen Elizabeth Class is a class of 2 aircraft carriers currently under construction and being outfitted for the Royal Navy. The first, HMS Queen Elizabeth, will be ready for use in 2017, and the second, HMS Prince of Wales, is scheduled to be ready in 2020. Measuring 284 m (931 ft) long, the vessels have a displacement of approximately 70,600 tons. 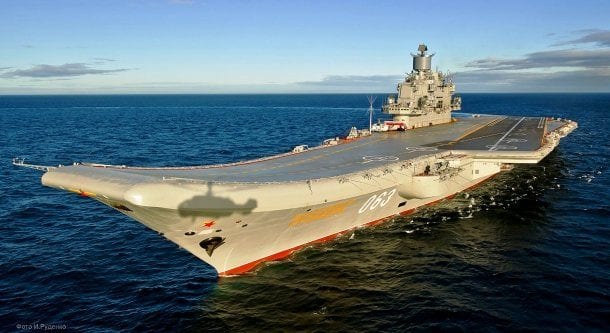 The Kuznetsov class aircraft carriers were the last class of aircraft carriers built in the Soviet Navy. The class consists of 2 ships – Admiral Kuznetsov (readied in 1990 and serving today in the Russian Navy) and Liaoning (sold to China, which finally readied the ship for use in 2012). The ships have a total length of staggering 302 m (990 ft).

Watch below a documentary about Admiral Kuznetsov aircraft carrier. 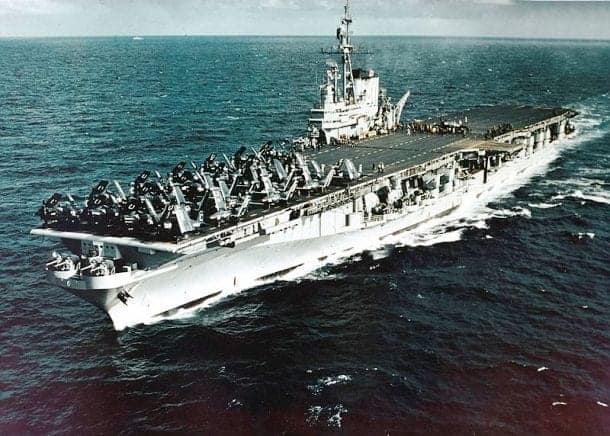 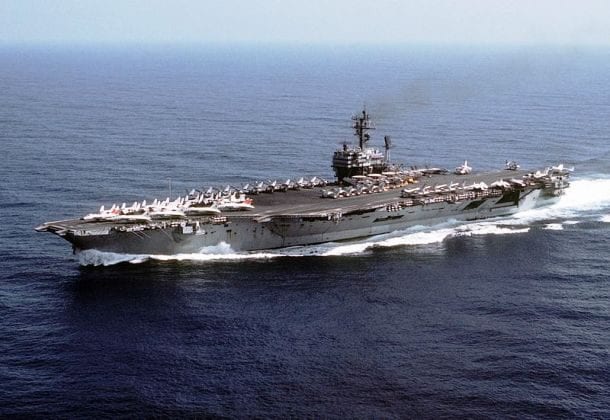 Nicknamed the Big John, the USS John F. Kennedy is the only ship of her class and the last conventionally powered carrier built for the US Navy. An all-purpose carrier with a total length of 320 m (1,052 ft), the ship was even capable of anti-submarine warfare. 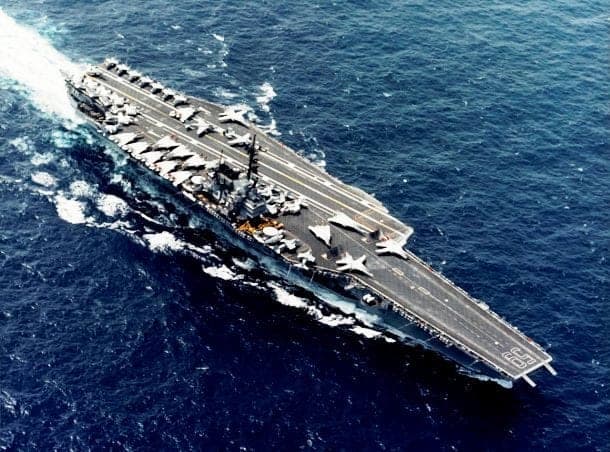 It was the first class of supercarriers, combining high tonnage, elevators, and an angled deck. The ships were 325 m (1,066 ft) long and had a displacement of 60,000 tons. 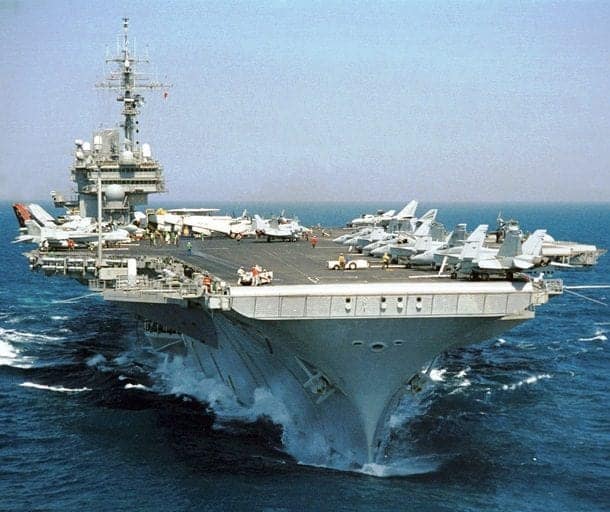 The Kitty Hawk class supercarriers of the US Navy were an improvement on the Forrestal Class vessels (see Nr. 5). The Kitty Hawk Class includes 3 vessels (Kitty Hawk, Constellation, and America) all of which were built in the 1960s. Measuring 327 m (1,073 ft) long, all 3 warships are now out of service. 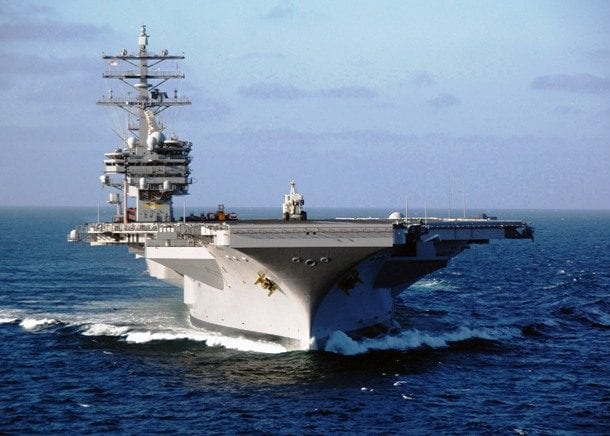 Source: The Naval Institute Guide to the Ships and Aircraft of the U.S. Fleet via Wikipedia, image: commons.wikimedia.org (public domain)

The Nimitz Class supercarriers are a class of 10 nuclear-powered aircraft carriers of the US Navy. With an overall length of 1,092 ft (333 m) and full-load weight of over 100,000 long tons, they have been the largest warships built and in service. The ships have participated in many battles and operations across the world, including Operation Eagle Claw in Iran, the Gulf War, and more recently in Iraq and Afghanistan.

Watch below a documentary about Nimitz Class supercarrier if you want to find out more: 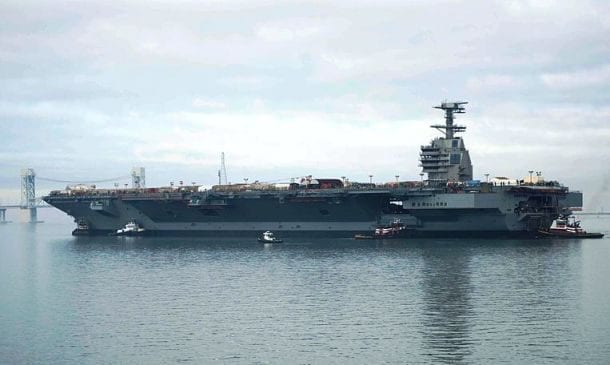 The Gerald R. Ford Class is a class of supercarriers being built to replace some of the existing Nimitz Class carriers. The new vessels have a hull similar to the Nimitz carriers but introduce new technologies such as the Electromagnetic Aircraft Launch System, as well as other design features intended to improve efficiency and reduce operating costs.

Gerald R. Ford Class warships will also be slightly bigger than Nimitz, coming in at a total length of 337 m (1,106 ft). 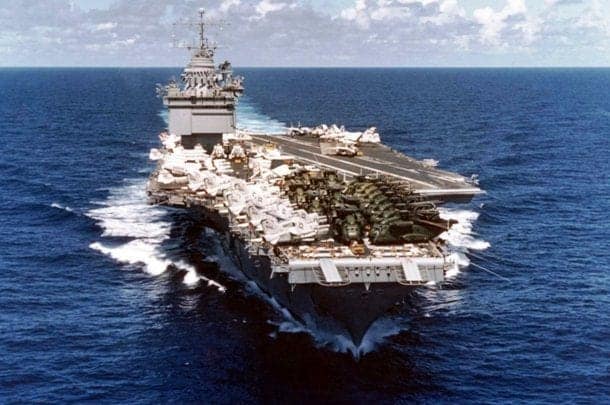 The world’s first nuclear-powered aircraft carrier, USS Enterprise is (at 342 m or 1,123 ft) the longest and possibly also most famous naval vessel ever built.

Having served for 51 consecutive years, she is also the longest-serving US warship. Used in numerous battles and wars including the Cuban Missile Crisis, the Vietnam War, the Korean War etc., USS Enterprise became one of the most well-known battleships. It also appeared in several movies such as Top Gun and Star Trek. The largest American battleship, USS Enterprise is one of the world’s top 10 destroyers.

TEN.info (The Educational Network) combines the pursuit of interesting and intriguing facts with the innate human desire to rank and list things. From its humble beginnings in 2006 up until now, TEN.info has served millions of hungry minds.
@tendotinfo
Previous 10 Inspirational Movies Quotes that Could Change Your Life
Next Free Netflix Documentaries You Can Watch on Youtube [Top 10]