Pin
Top 12 Most Popular Comedians of All Time

teninfo August 21, 2021 Celebrities, Entertainment Comments Off on Top 12 Most Popular Comedians of All Time 677 Views

The age of the Internet has also brought us the age of comedy. Long gone are the days when one was required to go to the theatre to enjoy a stand-up comedy show. Thanks to Netflix, you can tune in to entire stand-up routines whenever you want, in only a few clicks.

Even those without Netflix still see clips of stand-up comedians on free websites to watch movies online or on social media. It seems like almost once a week, like clockwork, a Louis C.K. clip will be the top post on Reddit. But, with so many comedians out there, how can you know who the best comedians to watch are?

Ranker has conveniently released a list of comedians for Internet users to vote on. They’re some of the most beloved funny people of all time, and we’ve gathered the best of them below.

Here are the top 12 most popular comedians of all time.

Top 12 Most Popular Comedians to Watch

Born in South Africa, Noah is currently known for hosting The Daily Show but has primarily made a name for himself thanks to his work as a comedian.

He also wrote an autobiographical comedy book, Born a Crime, released to widespread critical acclaim. Noah’s specials include Lost in Translation, Afraid of the Dark, and Son of Patricia. 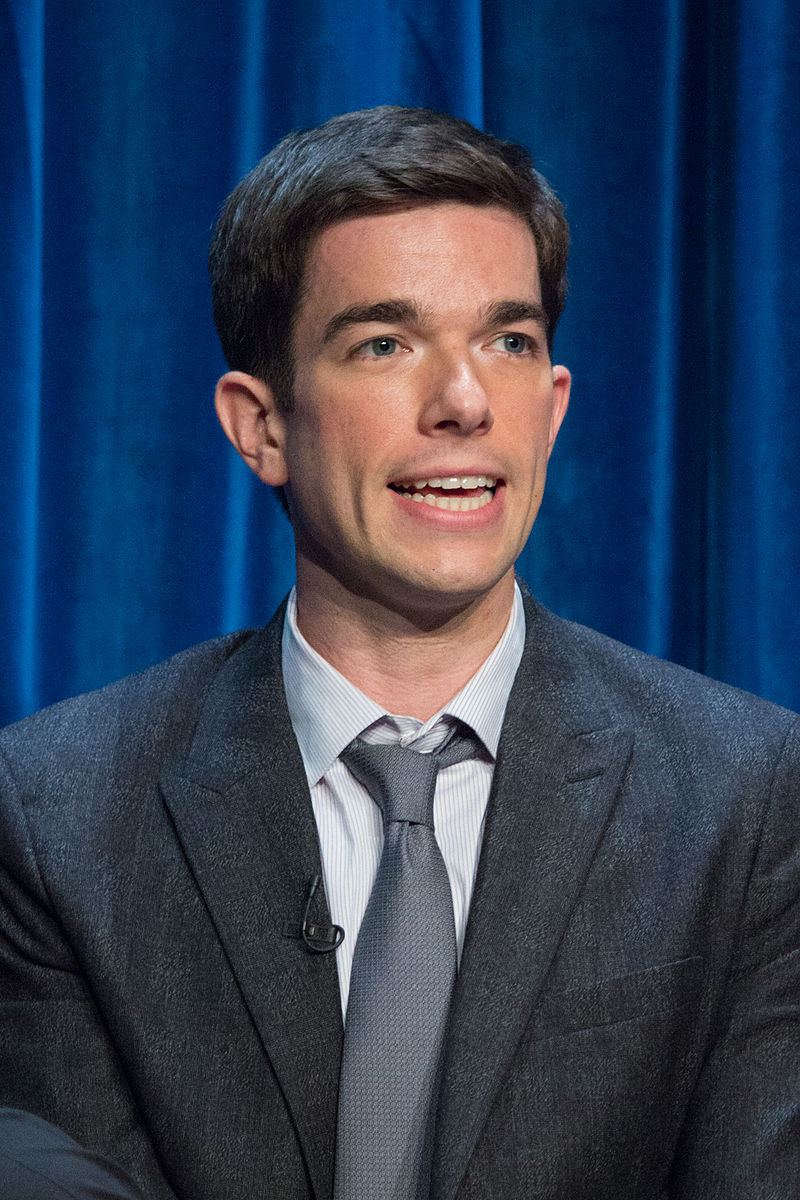 Mulaney managed to build a successful career as a writer on Saturday Night Live. He also launched several stand-up specials, including The Top Part, New in Town, The Comeback Kid, and Kid Gorgeous.

Besides, he is known for creating the sitcom Mulaney and working as a voice actor on Netflix’s show Big Mouth and hit movie Spider-Man: Into the Spider-Verse. 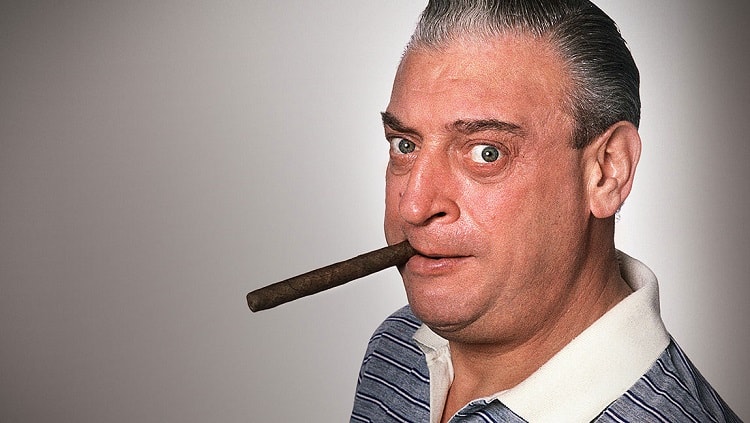 “I don’t get no respect!” Does that line ring a bell? Stand-up comedian Rodney Dangerfield is best known for his movie appearances, including in titles like Easy Money, Caddyshack, and Back to School.

Dangerfield became famous when The Ed Sullivan Show needed a last-minute replacement. He did such a great job that they asked him for frequent encores. Plus, he appeared on The Tonight Show a total of 35 times. No wonder he made it to our list of the most popular comedians of all time. 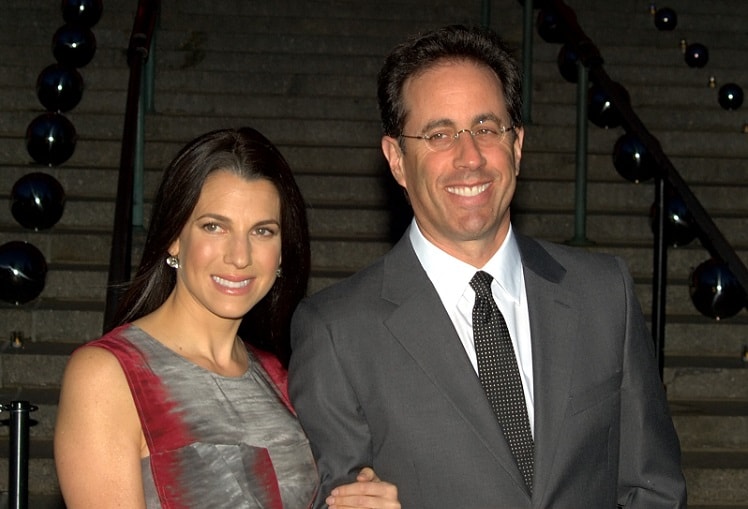 Jerry Seinfeld is a comedian and actor best known for his iconic ‘90s TV show Seinfeld, which featured clips of his stand-up routines. He became a stand-up enthusiast during college. Thanks to his hilarious open-mic sessions, he got a gig on a Rodney Dangerfield special and a role on the show Benson.

After leaving the series, he launched Seinfeld to worldwide success. Nowadays, you can catch him on Comedians in Cars Getting Coffee, which is available to stream on Netflix. 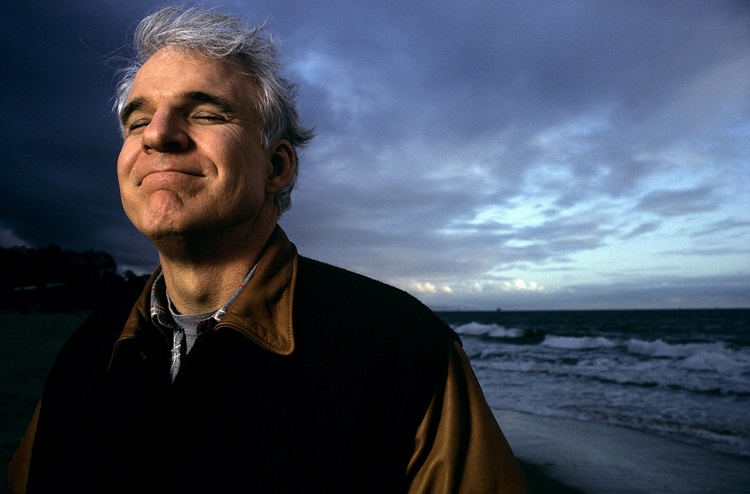 Martin kicked off his comedy career by writing for the TV show The Smothers Brothers Comedy Hour. He got the gig thanks to the fact that his girlfriend, who was a dancer for the show, submitted his writings to the producers.

Martin won an Emmy at the age of 23, along with the other writers. In the ’70s, he was often featured on The Tonight Show featuring Johnny Carson. After that, he started appearing on Saturday Night Live, causing a significant boost in viewership.

Over the course of his fruitful career, Martin launched numerous comedy albums, most of which went platinum. Fun fact: he’s also delightful on Twitter. 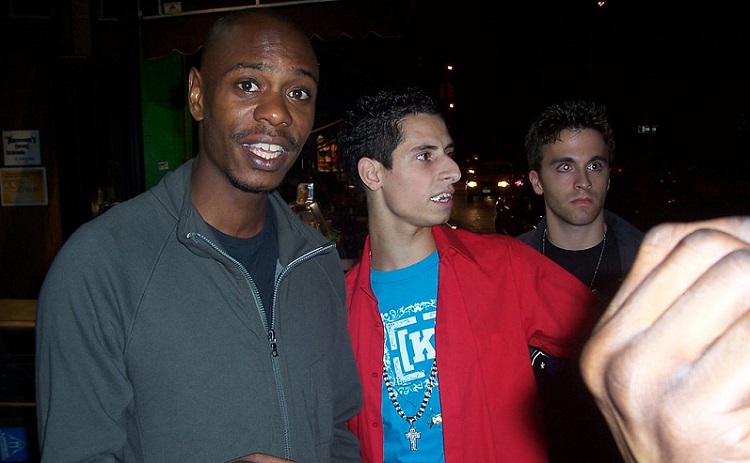 Dave Chapelle began his stand-up career at the Apollo Theater during Amateur hour, where he was booed off the stage. Instead of giving up, Chapelle used the audience’s strong reaction as motivation to continue his career. At age 19, he appeared in Robin Hood: Men in Tights. He then became the opening act for Aretha Franklin.

In 2000, he released a comedy special titled Dave Chapelle: Killin’ Them Softly. Shortly after, Chapelle decided to start his own series, Chapelle’s Show. He’s regularly touring and releasing comedy specials to this day. 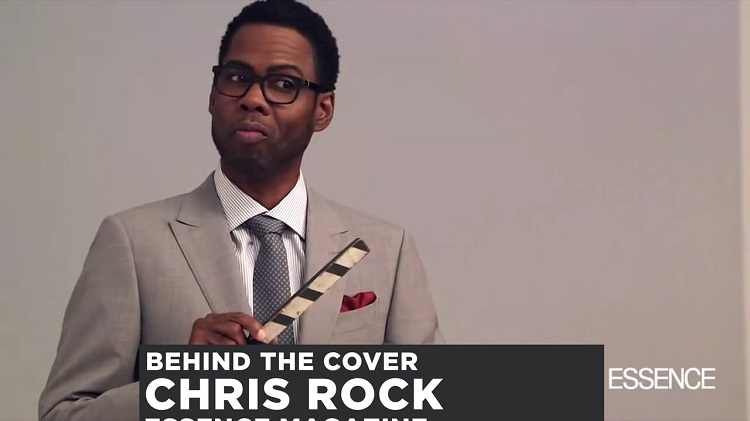 Chris Rock started by performing on Catch a Rising Star in 1984. He rose through the ranks of the show and began booking guest appearances in hit series like Miami Vice. He soon became friends with Eddie Murphy, who gave him a role in Beverly Hills Cop 2.

In 1990, Rock joined the cast of Saturday Night Live but eventually left to pursue his own stand-up comedy career. That proved to be a clever name, as he’s now considered one of the most popular comedians of all time. 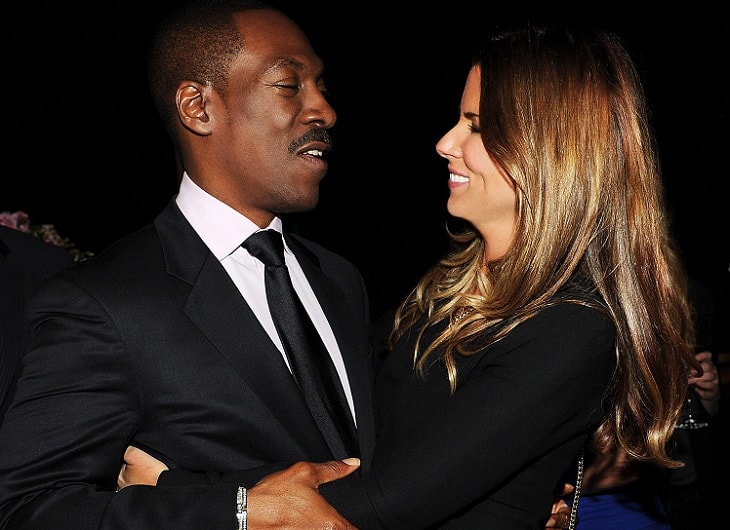 Eddie Murphy started doing stand-up comedy in the ’80s. He was known for his frequent swearing and memorable sketches that poked fun at everything under the sun. He released two albums, one called Eddie Murphy and another called Delirious. The albums were so popular that one of his routines received a theatrical release, grossing $50 million.

Besides a successful career in stand-up comedy, Murphy became famous as an actor, with roles in movies like The Nutty Professor and Norbit. He also worked as a singer, releasing his debut album How Could It Be back in 1985. 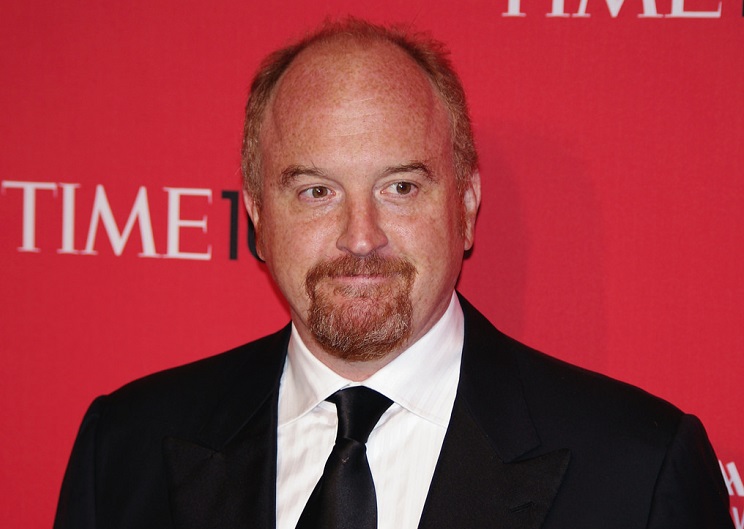 Louis C.K. first began his stand-up career in 1985 during an open-mic night at a comedy club in Boston. The performance left him so discouraged that he didn’t perform for another two years. After this break, he continued playing in Boston and started gaining some notoriety.

C.K had shows alongside other popular comedians such as Denis Leary and Lenny Clarke and performed regularly on the Late Show with David Letterman, Late Night with Conan O’Brien, and The Tonight Show with Jay Leno. He also created and starred in his own TV series, Louie.

In 2017 the comedian admitted to several incidents of sexual misconduct, with his career taking a serious hit. 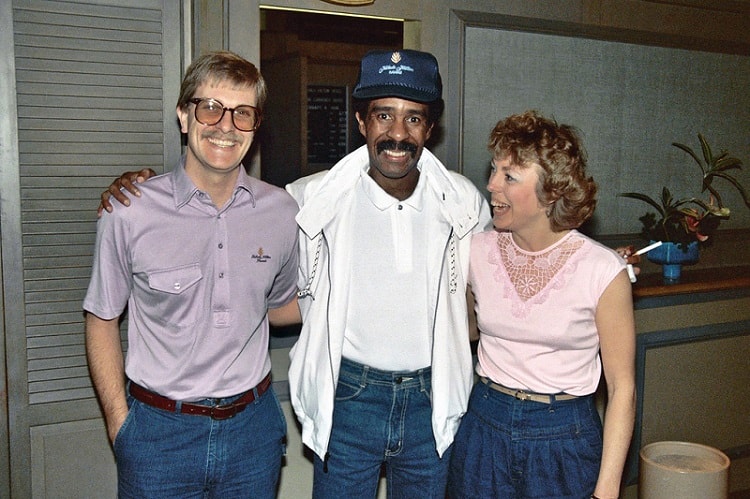 Richard Pryor’s career started in 1963 when he was performing in clubs alongside famous names such as Bob Dylan and Woody Allen.

Once he earned a place in the spotlight, he was offered guest spots on The Ed Sullivan Show, The Merv Griffin Show, and The Tonight Show Starring Johnny Carson. He began releasing comedy albums and won his first Grammy in 1974. Numerous other awards and accolades followed.

Unfortunately, Pryor passed away in 2005. He is still regarded as one of the most influential stand-up comedians of all time. 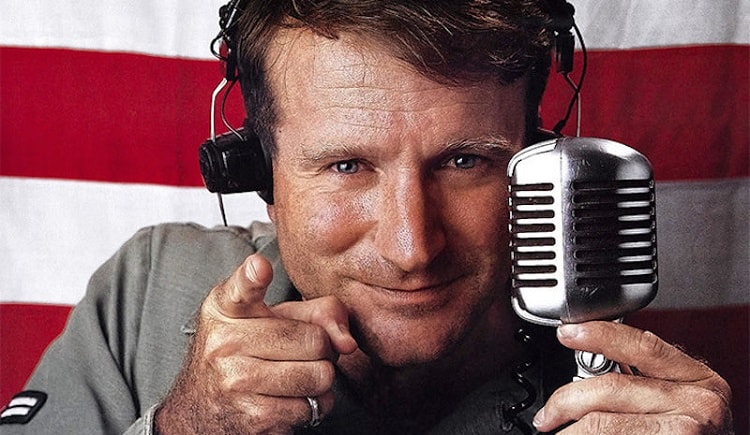 Robin Williams began his career in the ’70s by doing stand-up in the San Francisco Bay area. He worked at a comedy bar, where he went from being a bartender to being on stage. He eventually moved to Los Angeles, where he performed until he caught the eye of TV producers.

In 1977, he appeared on the TV show Laugh-In. He continued doing stand-up and won a Grammy for a recording of a stand-up performance in 1979.

Williams also enjoyed a fruitful career as an actor, appearing in numerous iconic movies like Mrs. Doubtfire, Good Will Hunting, and Dead Poets Society. Sadly, Williams died by suicide in 2014. 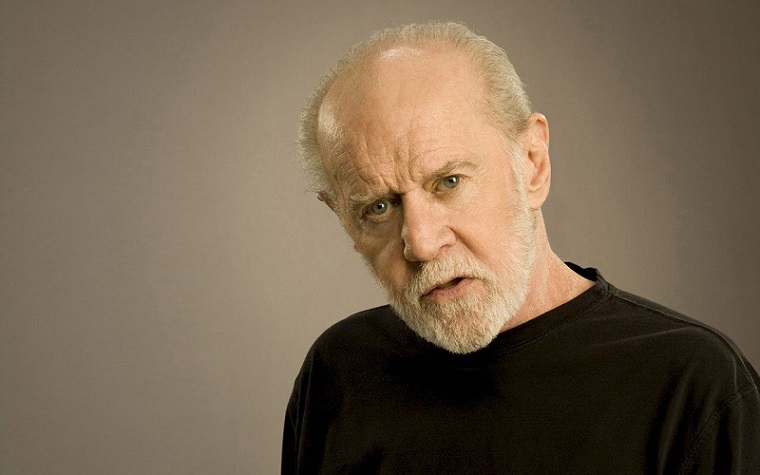 Carlin’s career kicked off in 1959 when he teamed up with DJ Jack Burns and formed a comedy duo. In the ‘60s, the duo starred in their own TV show, The Wright Brothers. The show’s popularity helped Carlin make a name for himself, and he soon became a frequent performer on The Tonight Show.

In the 80’s Carlin released one of his most popular comedy albums, A Place for My Stuff. Plenty of others followed – at the end of his career, Carlin had 14 HBO comedy specials under his belt. He passed away in 2008, at 71.

There are so many famous comedians vying for your attention, so it can be hard to know who is right and who isn’t.

However, if you’re new to the genre, you can go wrong by starting with one of the top 12 comedians listed above. They’re legends for a good reason, with routines that will not only make you laugh but give you plenty to think about as well.

TEN.info (The Educational Network) combines the pursuit of interesting and intriguing facts with the innate human desire to rank and list things. From its humble beginnings in 2006 up until now, TEN.info has served millions of hungry minds.
@tendotinfo
Previous Free Alternative Operating Systems For Your PC or Laptop [Best 10]
Next Best War Movies of All Time [Top 21]